Let's begin at the beginning. For the history of English, that ultimately means the beginnings of human language. Unfortunately, this is a rather hard subject to say much concrete about. The oldest written records in any language extend only about 5000 years into the past, and comparative linguistic reconstruction can only go a few millennia further back at best. We don't know exactly when 'modern human linguistic capacity' developed, but it was definitely at least many tens of thousands of years earlier still. To say anything about how human language developed, we have to make a lot of indirect inferences, using evidence from primatology (looking at how our nearest evolutionary relatives communicate), genetics, the human fossil record (limited by the fact that language is most closely associated with squishy bits that preserve poorly, like the brain and larynx), archaeology, and the nature of language itself. Each of these domains on its own makes for a rather complicated subject, with its own evidence and problems, and there's no way I can really give even an adequate summary in one post.

Instead, I'm just going to touch on two key questions: when did humans develop the ability to use language, and -- maybe more importantly -- just what is 'language' anyway?

The 'when' of language is probably the easier question, but it's still hard to pin down. One concrete anchor is that we're pretty sure humans had fully-developed 'linguistic capacity' by around 40 000 years ago at the latest. Why? Because that's when the Aboriginal peoples of Australia -- speaking the precursors to the native languages of Australia -- started to become relatively isolated from the rest of the world.

But 40 000 years ago is just the recent limit. Humans may have been, and probably were, speaking for a long time before this. There are a few considerations that bear on this question (when did the human larynx move into a position to allow vocalization? did sign language perhaps precede spoken language? when did certain genetic mutations possibly connected with linguistic capacity take place?), but none of them are really conclusive. Quite a few people working in these areas now see the period of around 200 000 to 250 000 years ago as a promising period, but we're not really to the point (at least not yet) that we can confidently talk about when language developed.

And there's a complicating factor, which takes us to my second point: what is language? If we're talking about when 'language' developed, what features specifically do we mean? Defining 'language' in any precise way gets a bit complicated, and takes us into debates I don't really want to get into, but if we boil things down there are a few key things we can see as essential to language:

1) The existence of abstract signs to stand for things (the syllable cat can evoke the small furry creature sleeping on my lap right now, even though there's no inherent connection between those sounds and the animal in question). (Note that some non-human animals can do this, at least on a basic level, with arbitrary cries that distinguish between, for example, a threatening snake and a threatening eagle.) 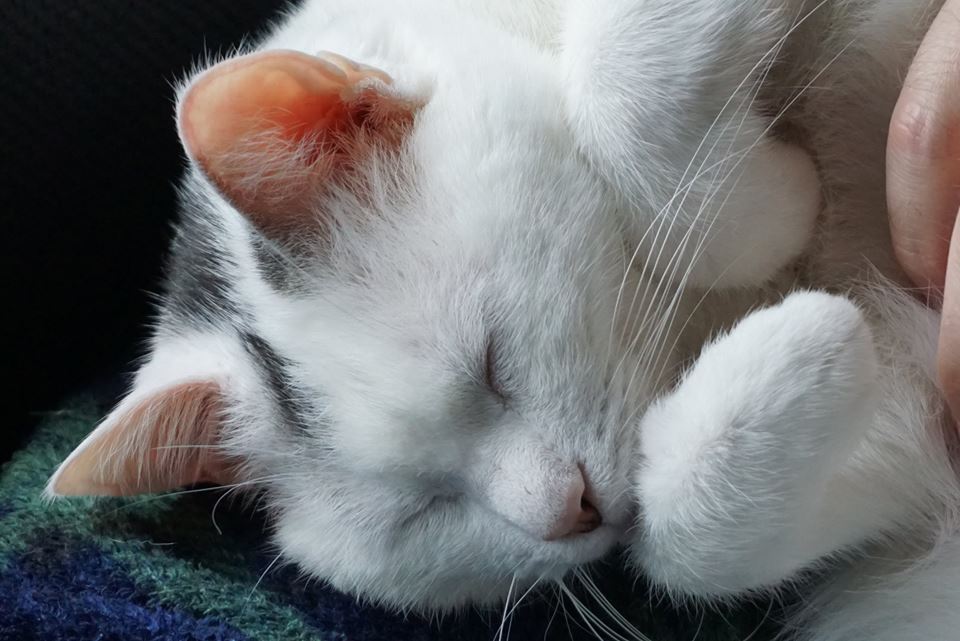 2) The ability for abstraction and generalization (we can say not just that there's a snake there right now and you should be careful, but that there are usually snakes in a certain place).

3) The ability to qualify information in terms of things like when it happened, how trustworthy a source is, or the probability of a future occurrence.

4) The ability to ask questions of varying levels of complexity.

It's not clear whether all of these (and other) key formal properties of language developed suddenly or gradually, together as a bundle or scattered across a long period of time. We could have a slow and steady development of language, a sudden 'great leap forward', or something in between (like a series of smaller hops, skips, and jumps). Ideally, we'll eventually be able to tell a satisfactory story about exactly how and when each part of the human language capacity came to be. But for now, at least, we don't have much in the way of answers, and the best we can do at the moment is to figure out how to ask relevant questions that we might be able to answer.

This is already a rather long post, but there's one more point about the nature of language I want to touch on before wrapping this up, and I'll approach it by quoting one of my favourite authors, J.R.R. Tolkien:

The human mind, endowed with the powers of generalisation and abstraction, sees not only green-grass, discriminating it from other things (and finding it fair to look upon), but sees that it is green as well as being grass. But how powerful, how stimulating to the very faculty that produced it, was the invention of the adjective: no spell or incantation in Faërie is more potent. And that is not surprising: such incantations might indeed be said to be only another view of adjectives, a part of speech in a mythical grammar. The mind that thought of light, heavy, grey, yellow, still, swift, also conceived of magic that would make heavy things light and able to fly, turn grey lead into yellow gold, and the still rock into a swift water. If it could do the one, it could do the other; it inevitably did both. When we can take the green from grass, blue from heaven, and red from blood, we already have an enchanter's power -- upon one plane...
(Tolkien, On Fairy Stories, quoted from Flieger and Anderson 2008, p. 41)

Tolkien goes on to invoke the phrase green sun as an example of how the basic possibilities of language can be exploited by the imagination to extend far beyond the communication of reality. His comments aren't actually entirely sound from a linguistic perspective -- for one thing, not all languages even have adjectives (though all can express attribution and predication, which are the main functions of adjectives) -- but I like Tolkien's discussion because it really hits at two key properties of language: its incredible flexibility, and its importance for humanity in ways that extend far beyond basic communication. Language can transmit all sorts of information (even information that is not simply false, but unreal), and this is unquestionably one of its distinctive and useful traits -- but it is just one part of how language makes us human. As Tolkien points out, language is closely bound up with mythmaking and storytelling, activities which seem to be at least nearly universal to all humans. And more prosaically, language is an essential part of how we socialize with other humans. When a group of humans hangs out chatting at the pub (say), no one involved may learn much -- the information content transmitted over a long evening may be close to zero -- but language will still play a crucial social role.

Everything I've said so far has been about Language, with a capital 'L': the human linguistic capacity. For most of the rest of this series, I'll be focusing not on Language, but on a language, English (or its precursors, known by various labels at various stages). There's nothing at all to say about specific languages during the time periods covered by this post, since those sorts of details won't become available to us until a much more recent date. The next post in this series will race through the vast expanses of prehistory for which we can make only the most general observations. After that we'll finally be able to sink our teeth into something solid!

What's up with What?

Well, I didn't end up saying much about the word what itself in this post. As I've already said, this was mostly about Language, and what as a word is part of English. In a general way, of course, what and other 'wh-words' are linguistically interesting, and the elicitation of open-ended questions is a part of human linguistic capacity. But what as such can really only be traced back a few thousand years, when it was pronounced something like *kʷod (Latin quod is related to this; we'll get to what the asterisk is all about over the next few posts). It's kept a core meaning over this period, but has also shifted some of its specific uses a bit from century to century -- among other things, in Old English hwæt served as an exclamative adverb, often occurring at or near the beginning of sections of discourse, famously including its use as the first word of Beowulf. I have to admit that this echo of Beowulf was the main reason I decided to start this series off with what.

The origin of language is an understandably fraught topic: it's a question whose interest (touching even on the question of what it means to be human) extends far beyond our ability to discuss it concretely in a data-driven way. For a good overview of the subject, I recommend Andrew Carstairs-McCarthy's chapter 'Origins of Language' in The Handbook of Linguistics (2008, ed. Aranoff and Ress-Miller). For an interesting comparison of two very different approaches, you might contrast the anthropological discussion of Lieberman and McCarthy, 'The Evolution of Speech and Language', Handbook of Paleoanthropology (2015, ed. Henke and Tattersall) with the influential article 'The Faculty of Language: What Is It, Who Has It, and How Did It Evolve?' by Hauser, Chomsky, and Fitch (2002, Science 298.22, pp. 1569-1579), written (unsurprisingly, given Chomsky's involvement) from a more generative perspective. The full-length monograph Origins of Human Communication by Tomasello (2008) makes an argument based especially on the evidence from primatology, and makes for interesting reading.

But I should note that the literature on this topic is substantial, and fragmented across a number of different disciplines and specializations, and I am by no means an expert in this arena (which can sometimes seem a bit remote from the day to day work of a lot of linguistics). If you've noticed any mistakes, or think I've overlooked something important, please just let me know, and I'll make any necessary corrections.